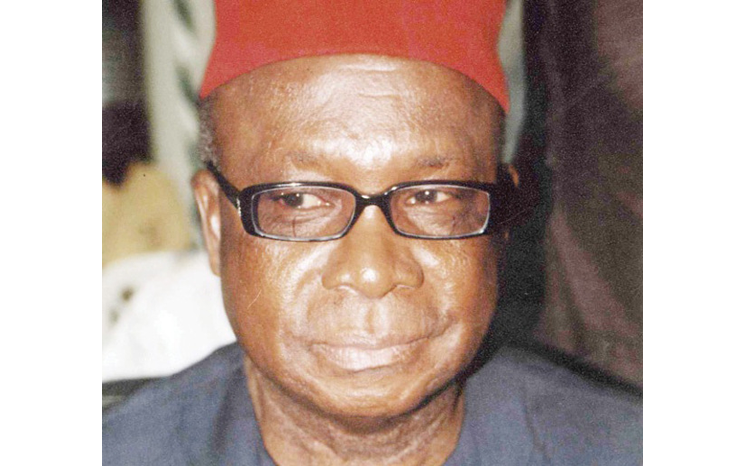 The defection of the immediate past governor of Ebonyi State, Chief Martin Elechi, to the All Progressives Congress (APC) is causing ripples in the state, UCHENNA INYA reports

The political situation in Ebonyi State is becoming more interesting. In the last few months, there have been political developments with some politicians defecting to the two dominant parties in the state – the Peoples Democratic Party (PDP) and All Progressives Congress (APC).

But, the mother of the defections was that of the immediate past governor of the state, Chief Martin Elechi. He defected to the APC when some chieftains of the party at both state, zonal and national levels including Minister of Science and Technology Dr. Ogbonnaya Onu; National Chairman of the party, Chief John Odigie-Oyegun, who was represented by the party’s National Vice Chairman (South-East), Chief Emma Enukwu; South-East APC spokesman, Chief Hyacinth Ngwu, Ebonyi APC chairman, Dr. Ben Nwoye; APC chieftains Kashim Imam and Chief Nweke Gbazuagu, among others, visited him in his Echi-Alike hometown in Ikwo Local Government Area of the state.

He was visited after a thanksgiving service at St. Theresa Catholic Cathedral Abakaliki organised by the state chapter of the party to thank God for the recovery of President Muhammadu Buhari. Elechi had distanced himself from the activities of the PDP after the party’s primaries in Ebonyi State for the 2015 the general elections, in which his preferred candidate and former Minister of Health, Prof. Onyebuchi Chukwu, lost to the incumbent governor, Dave Umahi, who was then Elechi’s deputy.

The former governor was said to   have been instrumental to the emergence of a business mogul, Chief Edward Nkwegu as the Labour Party (LP) governorship candidate in the state as well as other candidates of the party in the elections. But despite his alleged support for the candidates, the party failed to win any seat in the state. The loss apparently forced Elechi to announce his retirement from active politics last year.

While, many thought that the former governor will walk his talk, he made a dramatic volte-face by declaring for APC during the visit of the party chieftains last Sunday. The visit was led by Onu, who contested for Ebonyi State governorship in 1999 on the platform of the All Peoples Party (APP). Elechi was the leader of his campaign team then, but they parted ways in 2007 when Onu re-contested the poll on the platform of All Nigeria Peoples Party (ANPP) and Elechi ran and won on the platform of PDP. Since then, both men have remained “political enemies” until last Sunday when Onu led the APC chieftains to receive Elechi to the APC.

The former governor also used the occasion to officially register as a member of the ruling party at the centre. He said his decision to join APC was due to his love for President Muhammadu Buhari and the current state of the PDP. His words: “I thank God for the President’s health as he had favoured the people of Abakaliki and will triumph in his onerous task of rescuing the country from misrule. He is the person Nigerians are waiting for as the Boko Haram and corruption issues could have been indescribable if God had not brought him to power.”

He further said that he was proud of the PDP due to the democratic ideals of its founding fathers, but its present leaders have truncated the ideal, describing the APC as the alternative for Ebonyi people and the Igbo race, while thanking the party’s leadership for offering him and his supporters, a platform to identify with. In his remarks, Onu, thanked Elechi for his decision and noted that President Buhari will be pleased to receive the news of his defection.

“What you did today will never be forgotten in the history of the state as we all should support President Buhari to actualize his objectives for Nigeria,” he said, describing Elechi as a good leader, whose wealth of experience would be useful to the party. The Science and Technology minister, called on Nigerians to appreciate President Buhari’s efforts to make the country better and place it enviably before the committee of nations, adding that he is ready to work with Senator Sunny Ogbuoji, the PDP senator representing Ebonyi South zone, who is said to have indicated interest to join the APC.

Enukwu noted that he was in the state on the orders of the party’s national chairman (Odigie-Oyegun), to ensure that Elechi registers with the party. He added that the former governor’s defection will send jittery to the PDP as the party has lost an asset to the APC. While the APC chieftains are celebrating their “new catch,” the Ebonyi State Council of Elders described Elechi’s defection as one that would not be felt by the PDP.

The chairman of the Council and former Minister of Culture and Tourism, Ambssador Frank Ogbuewu, who stated this during a press conference, noted that Elechi was insignificant in the politics of the state and cannot prevent Governor Umahi from being re-elected in 2019. He noted that Elechi left PDP long time ago and only formalized his defection on Sunday.

His words: “Chief Martin Elechi sometime said he has resigned from active politics and has no reason to come back to politics again. So, his reason for coming back might probably be for retaliation in the political humiliation he suffered in 2015. “If Elechi did not stop Umahi in 2015, when he was seeking to become the governor of the state, is it now that Umahi is the incumbent and chief executive that he will stop him?

Elechi’s defection will not stop Umahi’s re-election in 2019, he is   now an ordinary citizen, and Umahi is a substantive chief executive.” Also speaking during the press conference, a former member of the House of Representatives, Chief Innocent Ugo Chima, debunked Elechi’s statement that he (Elechi) is the founding father of the state.

Also, youths under the aegis of Akubaroha Youth Assembly (AYA) have described the former governor’s exit from the PDP as a good omen for the state. The youths accused Elechi of being an agent of APC while still serving as governor on the platform of the PDP.

The leader of the group, Mark Onu, who is also the PDP Youth leader in the state, said the party had nothing to fear over Elechi’s defection. “It is even good that he has finally bowed out on his own and it is a good omen for the PDP because his exit has further vindicated us as a political party that he was a mole for the APC even as a serving governor on the platform of PDP. Elechi was the only PDP governor, who criticized former President Goodluck Jonathan’s policies, especially his statement against the national conference, which he described as huge joke and waste of time,” he said.

A public affairs analyst, Dom Isute, on his part, said: “APC should watch out who its real enemies are. The same people, including former governors, who promoted and sponsored impunity are now rushing to join the party. They have refused to stay and salvage the party (PDP) which they destroyed.”

But a group, Ebonyi Democratic Vanguard, lauded the former governor for leaving the PDP, saying he was humiliated in the PDP. National Coordinator of the group, Mathias Nwankwo in a press statement said: “You don’t expect a man who was so humiliated in his party to continue to be in the party.

They took over everything in the party and did not allow him to have a single candidate of the party for the general election when he is the leader of the party as a sitting governor in the state.” Elechi and Umahi had parted ways before the PDP primaries in 2104 over the latter’s inability to honour alleged agreement with the former to hand over to him.

The relationship, however, broke down irretrievably after the 2015 general elections, when efforts to reconcile them hit the rock. Since then, Elechi has distanced himself from the Umahi administration including activities of the PDP, but the question over his decision to come out of retirement and join the APC, is: How far can the former governor go in marketing his new platform in a state that has been under PDP’s firm grip since 1999?