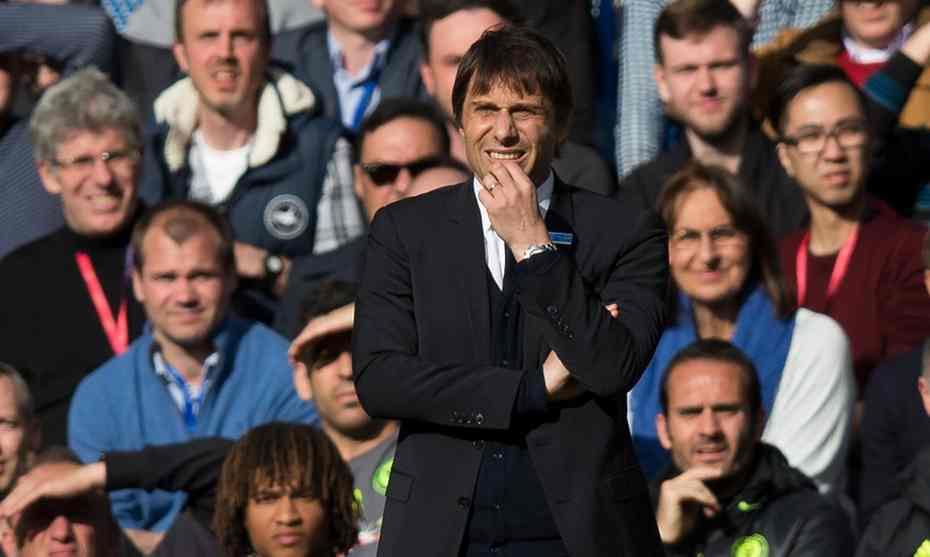 “Six finals” await Chelsea in the Premier League run-in after a 2-0 loss at Manchester United that leaves their title chances at only “50 percent”, manager Antonio Conte said.

They remain in the driving seat and will face only one top-seven side — Everton — in their last six games, but Conte suggested his team can no longer be considered outright favourites.

“We have to think that there are six finals from now until the end,” said the Italian, who was without goalkeeper Thibaut Courtois due to injury and wing-back Marcos Alonso due to a virus.

“The league is open and we have a 50 percent probability to win the league.”

Conte accepted that his team “deserved” to lose and said the outcome of the match was his fault for failing to sufficiently motivate his players.

But in a pointed reference to Chelsea’s struggles last season under Jose Mourinho, now the United manager, he said his team’s quest for the title deserved to be considered a “miracle”.

“Last season Chelsea had no pressure; 10th place and you play calm, you are happy.

“We must understand this, that (something) really important is happening this season because we are doing a great job and a miracle if you consider last season and the problems we had.

“For this reason we must have great enthusiasm to play these last six games. If we win, we must be proud. Otherwise we must clap another team.”

Mourinho’s decision to man-mark Eden Hazard and Pedro effectively muzzled Chelsea, who failed to register a shot on target in a league game for the first time since 2007, reports supersport.com.

Ander Herrera, who shadowed Hazard, set up Marcus Rashford for United’s seventh-minute opener and netted the hosts’ second goal with a deflected strike early in the second half.

Victory lifted United to fifth place, four points below Manchester City, who occupy the fourth and final Champions League place, with a game in hand.

Despite having been barracked with chants of “Judas” during United’s 1-0 defeat at Chelsea in the FA Cup last month, Mourinho said victory over his former club carried no special significance.

“The satisfaction is for different reasons,” said Mourinho, whose side take a 1-1 scoreline into the second leg of their Europa League quarter-final at home to Anderlecht on Thursday.

“The first reason is, with Liverpool and Manchester City’s victories, if we don’t win today, goodbye Premier League (top four).

“We don’t know what can happen in the Europa League, so these three points were phenomenal.

“The second reason is they are the leader. They are named Chelsea, but they could be named Arsenal or Tottenham.

“When you beat the leader, it is obviously a very good feeling because you feel you are as good or better than them.”

Mourinho said United’s win showed that had Herrera not been sent off in last month’s FA Cup defeat at Chelsea, it would be his side facing Tottenham in the semi-finals on Saturday.

Tottenham are on a run of seven straight league wins — their best sequence in 50 years — and Conte knows his side are in for a battle beneath the Wembley arch.

“We all know the next game and how you go for the final or you don’t go and for this reason, you must put 200 percent to reach the final,” he said.

“It won’t be easy because I think Tottenham now is the best team and they are in great form and they have a lot of enthusiasm.

“They are feeling the possibility to write history and it is important to know this.”