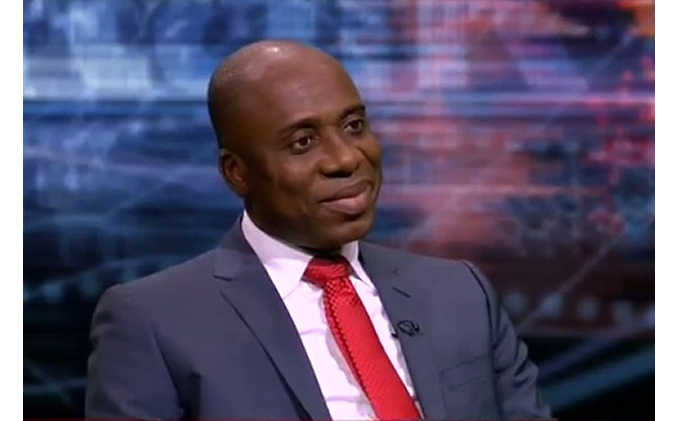 President Muhammadu Buhari’s administration at inception two years ago, adopted a policy of coercion to muscle the militants to submission and further went ahead to suspend payment of stipends to the repented militants and cancelled the pipeline protection contracts for former militants leaders.

The most senior politician in the Buhari’s cabinet from the South South geopolitical zone, Rt Hon Rotimi Amaechi’s suspension of the Nigeria Maritime University (NMU) Okerenkoko, Delta State, further convinced the people of the region that the Buhari administration was out to punish them. In response therefore, militants started bombing oil and gas infrastructure in the region, a development which led to unprecedented disruption of crude oil production in Nigeria to 750,000 bpd in May 2016, the highest level since at least January 2009.

According to Nigeria’s Ministry of Budget and National Planning, Nigeria’s oil sector provides 70 per cent of government revenue and 95 per cent of export revenue. As the Nigeria’s revenue went down to about 50 per cent of the 2014-15 figures, the country could no longer be able to finance its imports, foreign exchange (FOREX) became very scarce, even as the nation’s foreign reserve was being depleted and finally the economy went into recession.

T fund the budget, government had to depend on borrowing, while boys in the creek continued to blow up pipelines.

Meanwhile, as government started losing its naivety and looking determined to steer the economy out of recession and return it on the path of growth again, a debate ensued on what to do with the people of the Niger Delta, suppress them militarily or dialogue with them on the way forward?

The minister of transport stuck to his gun on not compromising on the government’s hardline position in dealing with the militants and he said at a Town Hall Meeting in Akwa Ibom, “My argument about Okerenkoko is that land alone is N13 billion.

If you give me N13 billion, I will buy the half of Lagos. That N13 billion has built the university already.” But Minister of State for Petroleum, Mr. Ibe Kachikuw disagreed with him and opened discussion with Niger Delta people and the militants.

He said, “First, let me say on Okerenkoko University, I disagree with the Minister of Transport. Any facility that is located in the South-South we should work close to developing it. I don’t care the circumstances under which you are placed. “It’s not in my position to determine whether land was valued at N13 billion or N10 billion. The appropriate institution which is at the cost system will determine that. That has nothing to do with development of infrastructure.

And as far as I know, so much has already gone into the university.” The dialogue initiated by Kachikwu started with backchannel contacts initiated by Petroleum Minister of State Emmanuel Kachikwu, a former executive of Exxon Mobil Corp.’s Nigerian unit.

The Niger Delta Avengers, the group responsible for more than 90 per cent of attacks, agreed to a cease-fire in September and nominated a group of regional elders to negotiate on their behalf.

Their demands included more regional autonomy and the reinstatement of Nigerian Maritime University, Okerenkoko in the hometown of militant leader, Government Ekpemupolo, or Tompolo, suspected by the government of being behind the attacks, and more access to the jobs, contracts and other benefits that come from oil activities.

The government also resumed suspended payments to ex-militants under an amnesty programme. The government promised to accelerate infrastructure projects in the region, reinstate the scrapped university and establish a plan to organize cottage fuel refiners, who often steal crude from pipelines, into cooperatives that will be legally supplied with oil to operate.

Sunday Telegraph learnt that all but one force majeure, a clause that gives oil producers the right to miss supply obligations, have been lifted since peace talks were initiated in November with militants. Shipments at Forcados, the nation’s third-largest export terminal, are on course to restart in the second quarter.

“Despite the president’s initial threats and bluster on the delta, common sense now seems to be prevailing,” said Cheta Nwanze, Lagos-based head of research at risk advisers SBM Intelligence.

“The government needs steady oil production to stand any chance of a quick end to the economic recession.” Since the truce, Nigeria has restored output to 1.68 million barrels a day from the 27-year low of 1.4 million barrels a day in August, according to Bloomberg estimates, with the last attack reported by the main militant group in November.

While that’s still below the 2014-15 average of about 2 million barrels a day, it’s brightened prospects that the country can emerge from its worst economic slump in a quartercentury and ease a foreigncurrency crisis sparked by the lower production of oil, its main export, and falling crude prices.